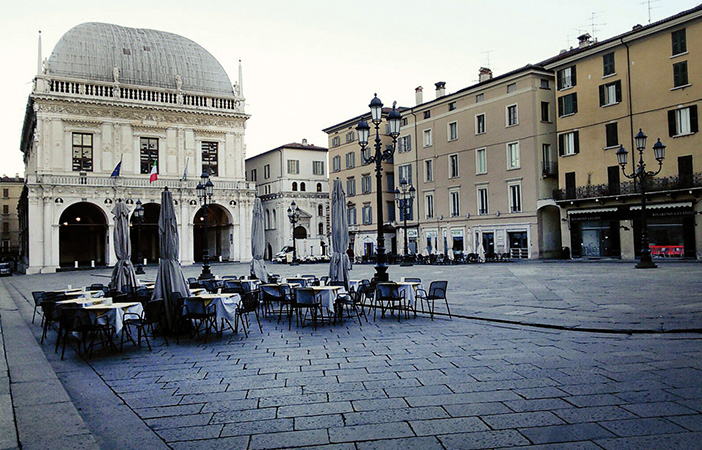 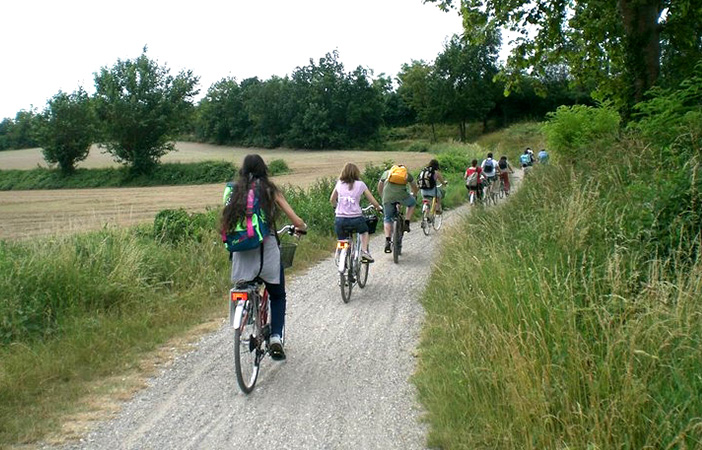 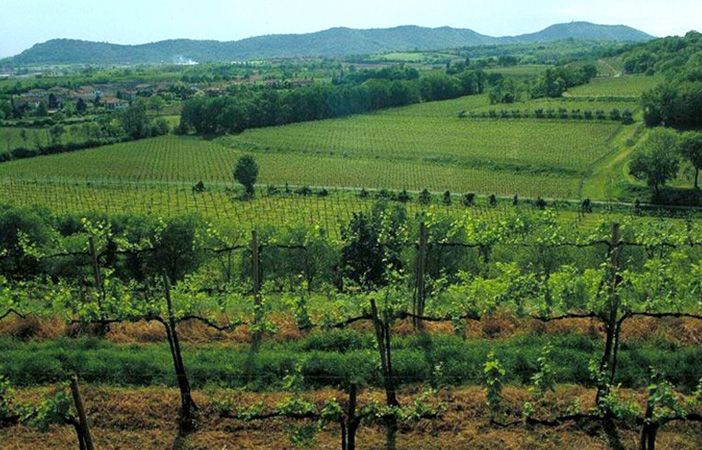 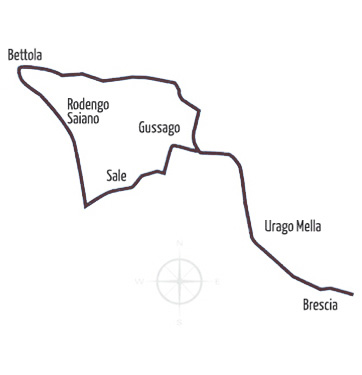 BLACK path - Start and finish: Piazza della Loggia (Brescia)
Distance: 40 Km Duration: h 2:30 Grade: no difficulties Right type of bike: all
Are you interested
in this itinerary?
Contact us at
+39.340.3962095
Ask for
information
After crossing Piazza della Loggia, go along Via San Faustino to Via Leonardo Da Vinci. Turning left after having followed the long street, you will come to Via Volturno, crossing the river Mella. At the end of Via Cristoforo Colombo, turn right onto Via Zoccolo and then left into Via Torricella di Sotto, which is on a slight slope. At the end of the road, turn left immediately on to the cycle path that leads you towards Cellatica (to your right you can see the Sanctuary of the Madonna della Stella, where - if you are in good shape - you can go up the road with slopes of 15/20% for 2.5 km). At the traffic light, turn left into Via Carabioli and take a paved road that first runs alongside the industrial zone and then goes out into the fields. Pass the bridge, then turn right at the stop sign, and follow the many cycle path signs for Paratico.

At the end of Via Sale, in the Gussago district with its mediaeval houses and Renaissance palaces, follow the directions of the cycle path one last time, and then leave it, turning left at the mini roundabout in Via Monticello and going right at the next roundabout into Via Valia. Just at the bend (pay attention here), turn left into Via Staffoli, a narrow tree-lined street, where you will find the signs for the cycle path to Paratico. A nice little road between cornfields and vineyards brings you over a wooden bridge towards the long and ancient wall of the complex of the Abbey of Rodengo Saiano: a visit and a stop to admire the Church of San Nicola and the cloisters is a must. Get back on the bike to start the return trip.

Take Via Brescia and after the underpass downhill, continue to the centre of Rodengo Saiano until the first roundabout, where you turn right into Via Ponte Cingoli and Via Risorgimento, crossing the whole town. After a little narrow passage (on the right you will see the Church of San Rocco) you will find yourself in Via Gussago. Continue to the roundabout, then take Via San Zeno (the Santuario della Santissima will be in front of you) and then Via Ronco. The road rises slightly and, after the cemetery in the village of Ronco di Gussago, turn right at the first junction to circumnavigate the Santissima on a dirt track (cycle path and pedestrian track, 3 km). Staying close to the hill, you will arrive at the church of San Gaetano Santolino and go on to reach Via Pinidolo, after which, turning left, Via Nava will bring you to Via Richiedei, on the left after the stop sign. In front of you, the imposing parish church of Santa Maria Assunta with its marble staircase and two lions is in Piazza Vittorio Veneto. Turn right into Via IV Novembre, then follow the signs for Cellatica and Brescia. Via De Gasperi will bring you back to Cellatica and the cycle path you travelled along before, allowing you to return to the centre of Brescia.
Photo gallery 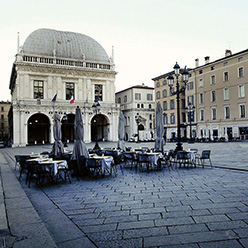 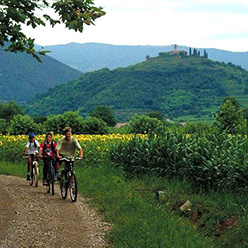 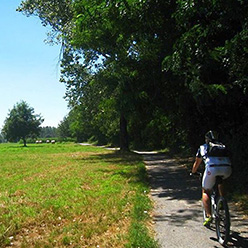 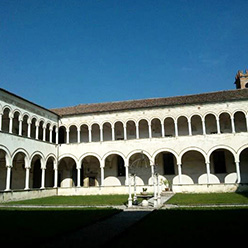 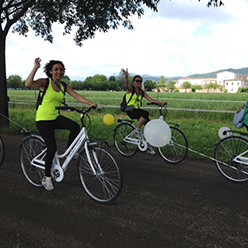